On being a part of the competition

This post is about my time in Think Kid Think! March Madness Poetry Competition which is still going on right here! Definitely check it out if you’re a fan of funny, all-ages poetry, or just competitions in general. It’s a pretty great event.

I was recently a part of the March Madness Poetry Competition over at Think Kid Think!, but was knocked out in the first round by another poet. In the short time I had to compete, (36 hours to write the poem, and 36 hours give-or-take to have it voted on) I really got a lot out of it. First the community over there is great, especially in March. Second, Ed does a great job running the competition and making sure it’s fair and organized for 64 separate participants. That’s a LOT of wrangling to keep track of. Third, and maybe most importantly, I had so many “public” votes from so many amazing people that I was in awe. It quickly became one of those moments when you’re reminded of the quality of the people that surround you.

Lastly, it was an excellent kick-in-the-pants to keep writing, regardless of where I am, how much time I have, or whether I have a medium americano extra-room to keep me going. I ended up writing 5 different poems in that 36 hours, 4 of which were possible entries into the tournament, and I was only drinking coffee for two of them.

My submission for the tournament was Security Guard in February. In my mind, the poem is sung to the tune of “A Modern Major General” though I don’t think I ever made that clear to anyone else, and certainly no one else ever brought up that they had noticed. Ah well.

One of my near submissions was Connie, which I posted a few days ago, though I’ve since edited out the word “transferable”, making it a little better, but which was required if it had been my submitted poem. Maybe this one would have done better in the classroom and authlete voting, maybe not. In the immortal words of the late great Kurt Vonnegut, “so it goes”.

Well I’m about to post another poem that was written with the tournament in mind, but alas had too many lines to have been accepted in the first round. (You’ll notice “transferable” has not been edited out this time, it just fits) It’s called The Chuckle and I hope you enjoy it.

One Thought on “On being a part of the competition”

What Do You Think? Cancel reply 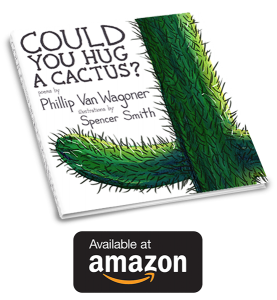